Every year around Christmas or New Year’s, I make a trek back several states to the north to the home of my fore-bearers for a little holiday cheer. In between bouts of merry making (read: drinking) and consuming mass quantities of treats, my younger brothers and I will typically engage in a little LAN-based revelry.

Ten years ago, this meant I had to devote a significant amount of space in the vehicle to a large tower, replete with monitor, keyboard and mouse. Since their house was not wired up with Ethernet, I also needed to bring networking equipment, cables, and various other accessories so everyone could play. We’d set all the PC’s up in one room and spend an hour or two plugging everything in and then spend another hour or two trying to get everyone’s games to work. This was in the earlier days of Steam: without an internet connection, games usually just weren’t going to start. Still, hours later and a few hacks having been applied, we were up and running, joyfully blasting away at each other.

END_OF_DOCUMENT_TOKEN_TO_BE_REPLACED

Hey all! Time for me to finally write another article! I’m going to place this one under “Brushing off the Dust” because not only will this be news, but I’m going to dig back a bit and talk about similar stories to the one I’m about to report on. 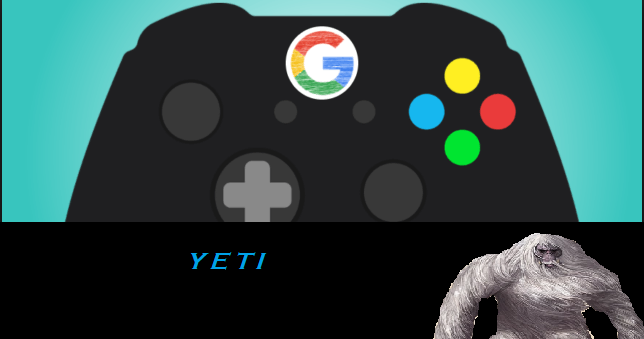 So.. BIG NEWS folks, or that’s how everyone is spinning it. Google seems to have plans to release a console. The codename as of now? YETI. ( you can find info about this at The Information , but beware it is subscription based. Unlike a website that Yours Truly may be typing on.) I guess I shouldn’t say they intend to release a console for sure, more just that it seems very likely. What the report really spells out is that Google for sure appears to be gearing up to offer a game-streaming service that when all up and running will be accessible on at least the Google Chromecast device. That seems to leave room for there also being a more dedicated item just for the gaming, but we’ll have to see.

What does this mean? Well, it could mean anything or it could mean nothing. My personal thought is that this plan will go the same way Nvidia’s Shield platform did. Though Google recently hired Phil Harrison of Sony fame, so there might be bright glimmer on the horizon? Who’s to say? All we know right now is its supposed to be a cloud-computing based gaming service that will offer top notch content without a lot of hassle. Sound familiar? Microsoft’s Xbox division touted much the same type of technology for their dedicated Xbox One console when it first launched.